Ana was invited to Hogwarts ™ to celebrate the 20th anniversary of LEGO® Harry Potter. The main host is a golden minifigure that marks this anniversary.

On the first day, Ana joined Harry, Ron and Hermione and prepared the powerful Polyjuice potion in Moaning Myrtle’s bath. He watched them transform after they drank from the potion. Harry and Ron turned into Vincent Crabbe and Gregory Goyle. This is the first time we meet LEGO pieces with alternate faces. Rotate the head and display another face. The change is even more obvious if the hair also changes. Careful! Just like in the movie, this potion is not stable. It can also have errors. To everyone’s amazement, after tasting the potion, Hermione turned into a cat.

Finally, they explored the tunnel hidden under the sink together.

We mention that the models in this series can be combined with each other for even more fun.

Try this magic potion too! You can order it from brickdepot.ro Nature
Cooling Off In The River 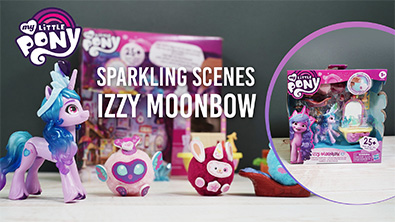 DIY for Kids
DIY For Cats | Play With Lights